About the project in 2 minutes

About 14 years ago, an idea was born to create a virtual world whose inhabitants would comprise of clones, belonging to people such as you and myself. These clones were to be going about the same activities as any given busy man these days - education, work, searching for resources, trade, construction, politics and even crime. The life aims of these clones was to be identical to those of people in the real world - to attain the highest possible level of prosperity, stability, wealth and power throughout one's lifetime.

Clones would be able to earn money, just like you and I do. In order to make the game more dynamic and interesting, and to make the result pleasantly worthwhile for the players - the money earned by the clones would be convertible to the real-life electronic purses and credit cards of the players!

The players would control their own clones, starting from the very lowest class - the class of the serfs. Each serf would have the opportunity to move all the way up to the emperor's position, to create his own empire of finance and power. The clones, being controlled by players, would be able to discuss and adopt various bills in the "State Parliament", just like this is done in our reality. In this manner, they would have an impact on the development of the entire virtual world.

What do you think would happen if such a project appeared on the internet? How do you picture the results that could be achieved by our clones and the kind of virtual world that could be built by the players - isn't this fascinatingly intriguing? 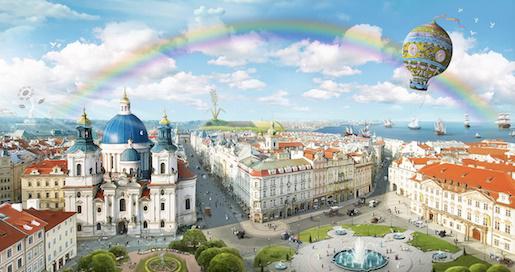 This idea turned into reality and we are proud to announce that the World of Clones was created on the 13th of April, 2007! It is a never-ending game, simply because it is an absolutely real virtual life.

The "Age of Clones" is a unique multiplayer online game - a dynamically evolving world, replicating human relations and the business processes of a real-life government.

Besides communicating online, the "participants of the project" hold real life meetings in various countries and cities. 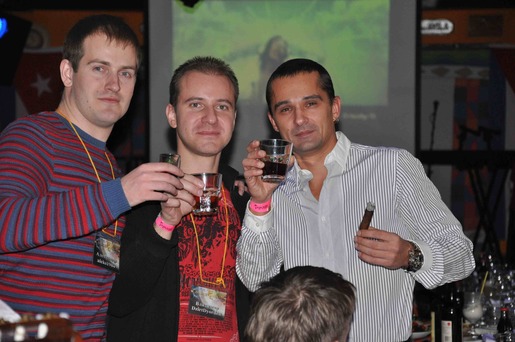 The Uniqueness of the Project

For almost 14 years of the project's formation and development, the administration has not only managed to develop a virtual world, but also make this project more complete through the creation of an "eco-ranch" on the territory of the "Dominican Republic". The ranch has quite a vast area of land - 150 hectares (370 acres or 1 500 000 м2).

Currently, part of the land is occupied by large plantations of young cocoa trees (60 000 trees), gardens, among which you will find such healthy fruits as the guanábana (annona muricata), noni (morinda citrifolia), papaya, guava, macadamia, mango, and many others, the total number of trees being over 30 000.

Another part of the land has been converted into an eco-ranch with an amusement park for players of the Age of Clones and other guests.

What has a ranch in the Dominican Republic got to do with any of this?? - The eco-ranch constitutes a complementary facet of the same project. Unique conditions and opportunities have been created for the players - the virtual clones can become co-owners of real-life businesses and receive revenue from selling fruits and exporting cocoa beans, harvested from real plantations in the Dominican Republic! For this, all you need to do is simply PLAY and be a resident of the virtual world. Revenues are being reintroduced into the game and are now automatically paid out to the clones. Basically, the higher the development of your character, the greater a shareholder you are! In a matter of time, players will be able to make reside on the ranch using the game currency - gold coins. Here, the virtual literally turns into reality.

"The Age of Clones" has launched its very own jewelry line for its players, under the brand name of «Golden Clone» with its own unique design, crafted by the top jewelers of Russia! Many exclusive jewelry items, such as lockets, rings, signet rings, gold or silver cards, have already been awarded to players for their clones' honorary title achievements and large game constructions - Photographs of these gifts can be seen in the "Players' Prizes" section.

More About the Game

Elaborate your own bills in the State Parliament and they will be implemented into law by the developers. The evolvement of the game is only limited by your imagination.

Our game currency is the "gold coin". You can add credit to your game account. By buying the right amount of coins, you will be able to earn money in the game by withdrawing it via your bank account or electronic wallet.

Thus, all facets of the project nourish and complete each other.

Various competitions are constantly being held in the game forum and chat room with awards in gold coins. Quite often, prizes in the form of exclusive jewelry items, are being awarded to players for major game achievements.

Besides the possibility of receiving passive income, the game will help you unleash your personal potential. Life in this virtual world will teach you to analyze, create your own strategies, to be precise and decisive, punctual and responsible, to plan your actions a few steps ahead and to take decisions quickly. You will be able to build your own trading strategies, to try influencing market prices and to construct your very own economic models. Furthermore, you will have the opportunity to meet and chat with intelligent and interesting people, as well as to make new friends and business partners. Many players begin to consciously engage in entrepreneurial activity, and successfully implement their projects in the real world.

The game takes up as much of your time as you wish to put into it yourself. Most processes in the game are already automated to the maximum. Go about your own business, while your clones will go about theirs. The virtual life does not stop for a second. The clones live and work with only one purpose - to please their masters.

Show what you are capable of, stand at the top of this virtual world and create your very own financial empire! Let thousands and thousands of virtual clones work on making your future bright, filled with confidence and stability.

Welcome to the wonderful World of Clones! Perhaps you are a future emperor! It will not be simple, but remember - every single emperor once started off being a miserable serf...

Interested? Create your own clone, read the assistance tips on the first steps of his/her development.

We are keeping track of all the achievements in the development of mankind in areas of technology and theory. We use much of this information in the development of our work: the ideas of Jacque Fresco, biotechnology, renewable energy (in the construction of the eco-ranch), Robert Kiyosaki's Cashflow educative board and software games and world market trends (for the economy of the virtual world of clones) - everything finds its place here. The "Age of Clones" project that we have created is not some kind of "business project" - this is now our Life and most Beloved Work.