Dragons need to rest too!

The dragon, trampling on the ledge of its cave, flapped its wings and soared lightly into the sky. It was not the first night that he went in search of various caches of gold in the boundless expanses of the Land of Clones for his caring master. This work is not easy, the distances covered during the night are huge, gold is heavy and the dragon takes a lot of strength, but for the owner, who raised and fed him from infancy, nothing is a pity, and the Dragon does it with great desire.

This night was not easy - the cache was found on the very outskirts of the earth, and it was still far from home when the Dragon saw the sparkle of clean well water. Visual acuity and a keen sense of smell made it possible to see a new, newly built house of the Clone family, which was somewhat different from the rest of the houses. There was a place where the Dragon could land, this never happened, because if the dragon decided to land earlier outside his cave, he would definitely touch someone's dwelling and harm its residents, trample the field and destroy crops, destroy the mill or logging, which was contrary to the spirit of the Dragon. The dragon felt tired, he was drawn by the brilliance of fresh water and curiosity - the dragon began to decline.

Oddly enough for the Dragon, he was met by the whole family - it turns out he was the first to come to visit them. The owner of the site said that he made this site specifically for the rest of the Dragons, so he expresses his gratitude to these great creatures for their invaluable help in the war with foreign troops, and in the future invites all the dragons flying by who want to relax to visit him.

The dragon rested, he was fed, given water to drink and left alone. The owners went about their business and everything went on as usual. Having gained strength, the Dragon soared into the sky, and at the place where he rested, a small hill of gold remained - gratitude to the hospitable hosts.

The news of March 28, 2021 that the new game module "Dragon Landing Grounds" is nearing the end of development prompted many players to take action on their accounts. For the second day there has been a boom in the construction of drainage systems.

For those who missed or didn’t read the news, let me remind you that “Dragon Landing Pads” will be available for construction on the territory of the houses of the inhabitants of the clone world. Every night, dragons will be able to land on these sites for rest, during their stay they will generously leave part of the mined gold. A mandatory requirement is the presence of a drainage system near the house.

Clone growers, concerned about the profits of their accounts, began preparations in advance. And this is the right approach, as the developers are hinting - visits to the sites will be regular, and profitability is expected to be high. Building a drainage system at April Commodity Exchange prices will cost about 15 gold for each house above level 4 (according to the rules for constructing a drainage system), but only houses from level 10 are available for the "Dragon Landing Ground". Be careful! As the developers promise, the construction of the “Dragon Landing Pad” can be carried out for the following type of resource: 1 megalith, 150 elvereon, 150 amber, 10 liters of water, and this, again at the prices of early April, is within 25 gold. The cost of repairs (1 time in 100 days: 25 elvereon, 25 amber, 10 liters of water) you can calculate for yourself,

Let's dream how it will be, ask questions, dream up ...

Will only young dragons who are not yet strong enough to land on the "Dragon Landing Pads" or is that all? The frequency of landings will depend on the distance or on the amount of cargo (gold is also heavy)? Will the dragon also guard the house during the rest period, or rest is rest, and thieves will be able to carry away his gold?

And yes! Happy Birthday Age of Clones! You never cease to amaze us, it’s interesting for us to spend time, it’s informative to read newspaper articles, chat, play on the forum, it’s profitable to have specie, it’s delicious to eat your chocolate. Live and prosper for many years! 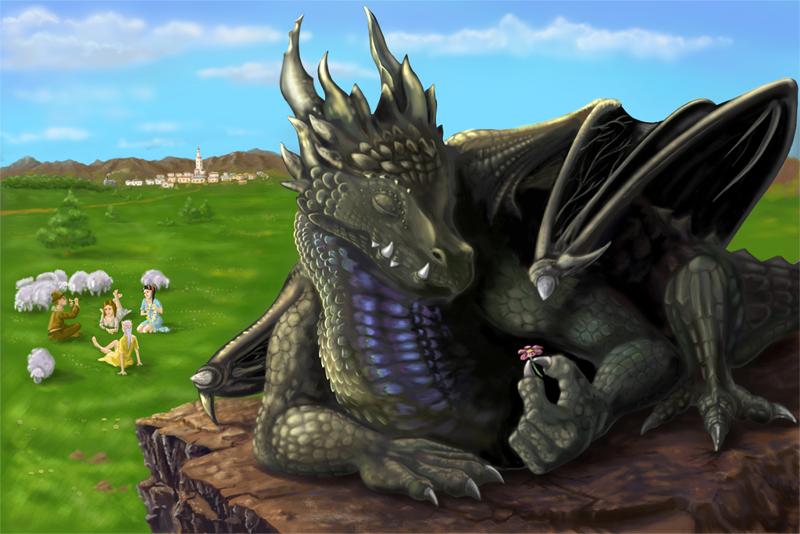