Prophecy of the ancient Aztecs. Age of water.

It happened about 3500 years ago. It was a hot day as usual. In the Anahuac Valley, in the city of Tenochtitlan, the kings (tlatoani) of all the cities of the ancient Aztecs and the high priests did not leave the Great Temple for the third month: they were destined to complete a great work and give it to all mankind. They compiled the Aztec calendar. Centuries-old. For several millennia, they painted everything until 2020. But then they could not understand what would happen. The Five Ages of the Sun have been described in great detail in their interpretations.

They themselves lived in the era of the First Sun and clearly saw that it would end after 4008 years with an earthquake. This was followed by the era of the Second Sun, which will end with a hurricane after 4010 years of its existence. It will be replaced by the era of the Third Sun. But in 4081 years, the fiery rain from volcanic eruptions will draw a line under this period as well. The Fourth Sun will last much longer... 5026 years, which will be replaced by the last epoch that they clearly saw: the Fifth Sun. But it will last only 5125 years, and will end in 2020.

But here's what's next, the priests did not see. They understood that the era of the Sixth Sun should follow, but what was wrong with it and why they did not see it, they could not understand. And what kind of sages and clairvoyants they did not attract - no one could help them. They were tormented for 3 months of endless search for an answer to their question and decided that in such an unfinished form they would pass the calendar to their descendants. And without that, everything was painted for many thousands of years. 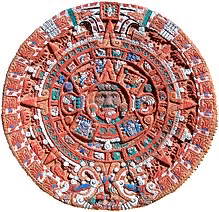 But only history is silent about what happened next.

The three priests were haunted by the thought of the calendar. They wanted not only to master the state budget (if you only knew how many gold coins they received for the invented calendar!), but also to get to the bottom of the truth. They arranged a secret council. We stocked up on chocolate with a vengeance and sat down on Chapultepec Hill. Many days and nights they racked their brains. They drank hot chocolate, ate chocolate bars and cocoa beans: already in those distant times, mankind knew about how chocolate helps with increased mental stress! And good quality chocolate works wonders! And then one night the leader of the Olmecs could not sleep and went out to look at the stars. It was full moon. The big moon shone so brightly that it illuminated the entire city. And then, as if something from above riveted his gaze to the network of aqueducts, which was built to supply the city with drinking water. 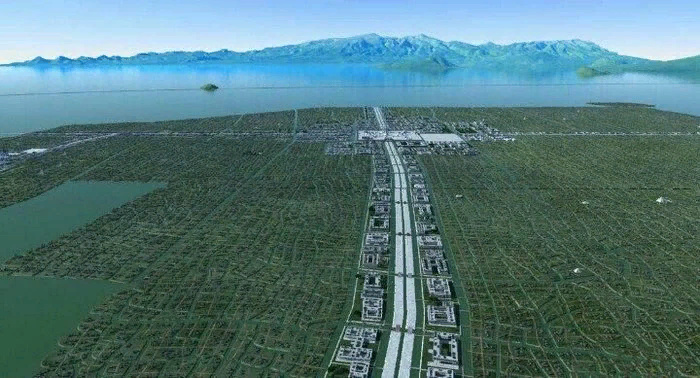 The priest of Ilhikamin exclaimed this so loudly that he woke up all the like-minded people.

He realized that they could not continue the calendar because they were fixated on the era of the Sixth Sun! And therein lay the mistake. They did not understand that the Age of Water was coming. It will replace the eras of the Sun that burn with its fire and the Era of Water, pleasant in all respects, will come. It will bring harmony to all mankind, prosperity. Those who will live at the junction of the Era of the Fifth Sun and the Age of Water will absorb all the energy of the sun and the wealth of water. By wisely disposing of everything that will be given to them, they will be able to reach unprecedented heights in achieving their goals, growth, and the realization of everything planned. And their energy will be so strong that there will be no end and end of this era of great achievements!

And this is what they were able to convey to us: the beginning of the new Era of Water will be in January 2021!

In the future, friends! All prosperity! 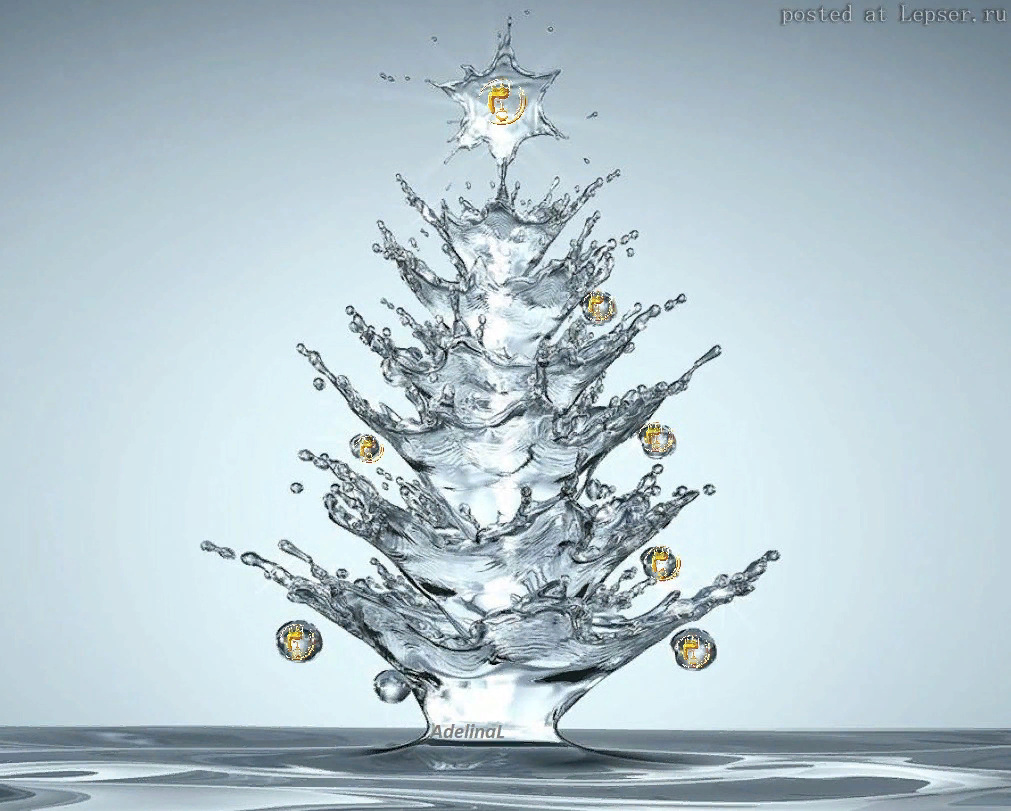 New Year's prophecy from hesk. Is the full potential of water revealed?

The magicians and alchemists of the land of clones stopped studying the Conquered Lands and their mysterious portals a long time ago . On Christmas and New Year's Eve, they cared about only one find: an ancient dilapidated well on the edge of the rock of death, around which a mystical atmosphere reigned. According to the legends of local residents, he could do both pure good and real evil and never obeyed anyone. Up to this day… 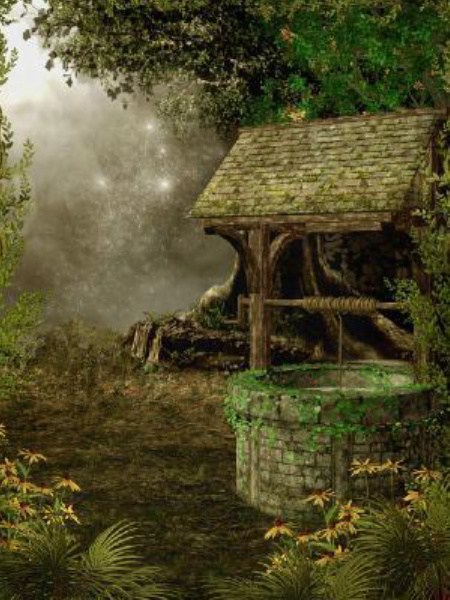 The archmage of the clone world, armed with the Dragon Amulet from the wondrous stone of the local lands, was able to touch the well and darkness fell. The whole world around has changed, the lands again blazed with the fires of hundreds of dragons. Devastation and chaos once again engulfed the Conquered Lands. The magician realized that now he managed to look into the future. And now his main goal is to see as many events as possible in order to try to prevent them, or at least carefully prepare.

As he passed through the battlefields, he saw Webman's huge troops passing through the portals of the principalities. Still, it was worth spending more time studying marvelous portals and new magic stones Portalin and Elvereon . Why didn't we try to channel clones through the portals? From the portals of administrative units, new dragons appeared, which took the side of the clones. The sage was more and more surprised by what he saw.

But in this war, as it turned out, the dragons were not only on the side of the clone world. For the first time, the sage saw the dragons obey the orders of General Sisko and Admiral Culebra . The elder was not ready for such a turn, and the world in his eyes completely faded. Cold sweat broke through his entire body, and the thought flashed through his head that all efforts were in vain. He understood that Webman 's armyled by powerful reptiles, they cannot be defeated. Collecting his thoughts, the magician continued his journey and saw another hitherto unseen picture: the dragon of one of the commanders-in-chief of the clone world was drinking water from a well. The Dragon! Water! The old man couldn't even believe his eyes. The marvelous amulet around the dragon's neck glowed with a piercing blue light, and it flew over the ruins in order to fight General Webman himself and his fiery ward ... 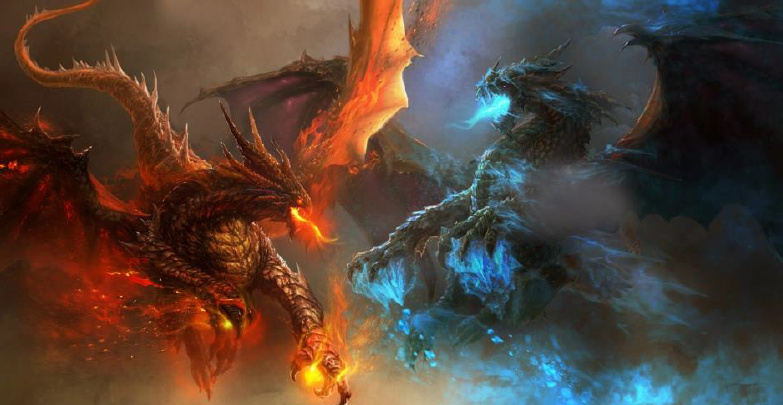 A strong shock wave swept across the ground, and the old man again found himself at the dilapidated well, from which a voice came:

The sage was well aware that on the eve of the holidays such news could frighten the people and decided to keep this information to himself, and for all those who asked about the well, he wrote the following lines:

“Dear clones, very soon we will have a wonderful year 2021, which will be marked by new victories and reaching new heights. No well will tell you your fate, because this value depends only on your efforts and efforts. Let your families be happy, and the warmth of this wonderful holiday will warm all the kids. Let there be a feast!”

I have the honor to bow, hesk.

The ringing of the bell, coming from a high tower, made all the inhabitants of the principality quit their business and gather in the central square.

The last time the prince gathered everyone was on the day the war ended. The repair of the defensive wall encircling the entire principality exhausted the inhabitants so much that they were already ready to surrender, and the news of the surrender of Webman's troops was sweeter than honey and had a strong influence on the development of the entire principality. No one knows how many barrels of intoxicating kvass poured into the stomachs of happy residents, and the fire in the wine cellar, which hid the real picture of the victory celebration, was not an accident...

The residents were businesslike discussing the possible reasons for the general gathering, thus creating a gradually growing rumble.

- Quiet! The prince will speak! - the princess shouted in a loud voice and the inhabitants fell silent, afraid to miss at least one word. The prince always spoke little, quietly, and always without frills, so every sentence was worth its weight in gold.

- We're in a drought. How long it will last is unknown. Rivers will dry up, underground springs will dry up. There is time to solve the problem, so before the New Year should be done.

The prince expected a different reaction of his inhabitants to this news, but there was silence on the square and only the lowing of a half-eaten cow broke the picture of general silence.

- What should I do, prince? one of the more agile and courageous peasants asked in a quiet voice. - We'll die, by God we'll die, if we don't do anything...

- The action plan is as follows. A couple of business executives are required, who today are sent to the Overseas Lands. We will supply the treasury, we need to rebuild a couple of farms there. Only in the Conquered Lands will water remain in underground sources - which means you will have to dig a well. One well, for our entire prince, will not be enough, for our own needs we need at least a couple ... This is first.

“Secondly,” the prince continued, scratching his palms and squinting slyly, “we want to earn money, we will have to build a third farm and dig a well there too. Our emperor says that water will be ten times more valuable than black gold.

“Well, maybe not at ten,” the prince said, after a little hesitation. I thought for a few seconds and added more confidently. - Maybe twenty or thirty times more expensive!

-And how will we transport water to us? one of the noblewomen asked. Should portals be built there? Yes, and we will not have time to master such a complex structure here and there. There will not be enough workers to get a portal in the mines in such a short time. 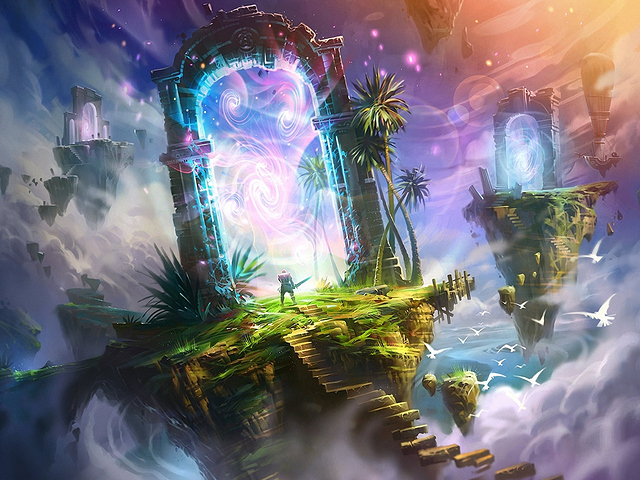 - And we will not build portals yet. We will rent. According to intelligence, there are at the very least enough portals, and there will not be enough water at all. Everything! That's what they decided on. Today I'll choose who to send. The heat is near. We just have to make it, we can't waste a day. Let's go home! If you want to get rich, please come to my castle. I will choose the quickest.

The inhabitants parted ways with a light heart. The prince explained everything so easily and in simple words. How everyone wanted to visit the conquered lands, and to benefit their homeland! Here it is, a vein of gold. Someone cries, but someone is not afraid and labors for himself.